Last Wednesday, into my inbox popped a message which included an invitation to lunch from Karen Bruner Upright, my former student at Florida State College. The last time I saw her, she was a “surprise” visitor at Christmas, marching up the walkway to our house, book proudly in hand, with a chapter she co-wrote with a colleague. 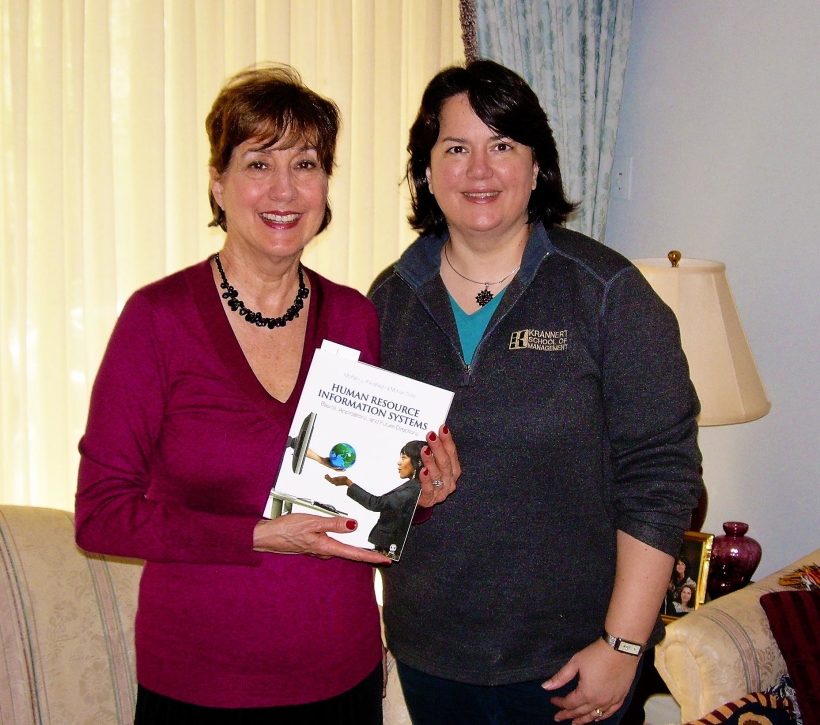 When we first met in my college classroom, Karen was my first-year composition student on her third try at getting through the course. Though she attributes her previous failures to not going to class and not feeling motivated, from the beginning, she was a stellar student, whose essays became examples I repeatedly used as models for other students. Revealing her occupation back then as a restaurant chef, one essay in particular stands out, an illustration-type paper with the line “The heat of a commercial kitchen comes from both the ovens and the chefs” as she proceeds to describe two other chefs and herself as “the most obnoxious chef I have ever known.”

When I pointed out her writing gift, she at first stared at me blankly, almost in disbelief. She has since gone on to complete her M.B.A. degree at Purdue University and is currently employed as Systems Manager for Proctor and Gamble–and become co-author of a chapter in a book about technology for human resources. There is no end to what this woman can accomplish. Oh, and did I mention, she still loves to cook, featuring her savory concoctions on her website plannedovers.com

Along the way, Karen has also become conversant in French, every Friday calling her friend in the south of France, so she can maintain her fluency. Also, she has been featured as a Profile in Success in a college textbook by Susan Anker entitled Real Writing with Readings.

Of all the students who have paraded through my classroom, Karen Upright stands at the top my list of Students Who Inspire.

Is there some you know, like Karen, who persisted and made it through high school, college–some other challenge? Do tell us about it.

Your comments welcome. I will always reply!