Every week, The New Yorker magazine features a Cartoon Caption Contest, inviting readers to submit a caption for consideration. After three finalists are chosen, readers vote for the winning caption. You can view my first attempt at a similiar contest here on this blog with family members on a Sunday outing.

When we sorted through our mother’s things after her passing, I found a large photo likely from the 1970s taken by Ken Smith Photographs from Camp Hill, Pennsylvania. The photographer snapped my Grandma Fannie Longenecker with bonnet and neck scarf and my dad, facing her away from the camera. Apparently they are in line at a breakfast buffet likely at a farm equipment convention. Others in the line are unknown. All seem intent on filling their plates, some more than others. 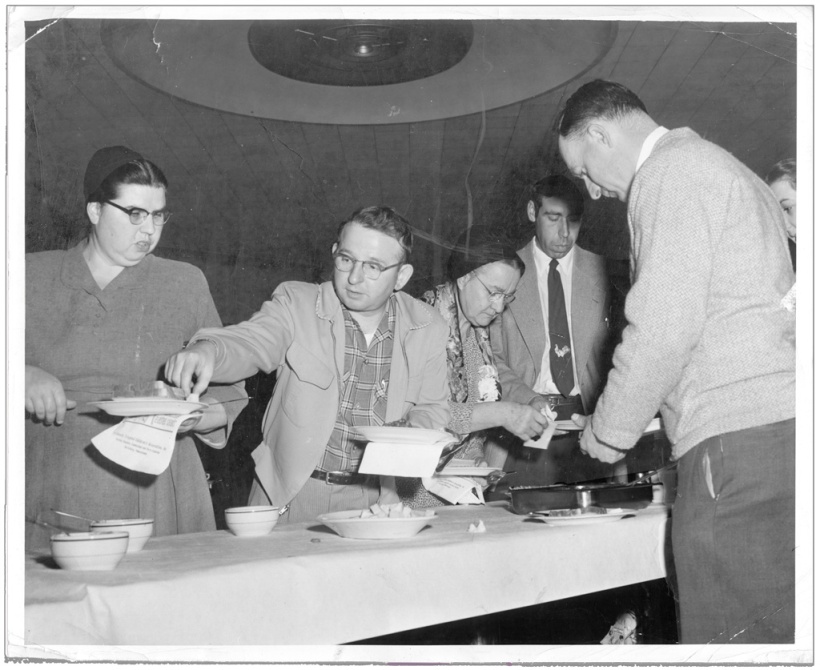 “What was going on here?” I ask. Everyone in the photograph registers a similar band-width on the emotional scale, except for the couple on the left.

This photo begs a caption.

(On Seeing One on a Lady’s Bonnet at Church)

Coming next: Moments of Extreme Emotion: Where’s My Spyglass?