It’s a long way from Lancaster county, PA to Jacksonville, FL, but years ago our family moved into a neighborhood called Killarney Shores with street names like Emerald Isle Circle, Leprechaun Court, and St. Patrick Lane. On the day of Ireland’s famous saint, I give you my story of keeping it green:

The lurid orange zoning sign meant something, stuck ominously at the edge of the woods where our children used to roam freely up and down the deep ravines and along a serpentine creek bordering the neighborhood. I have always loved natural beauty, so it is no surprise that one of the items on the wish list for our next address was “a house on a hill with tall trees.”  A hill with tall trees–a laughable request especially since most of Jacksonville is flat with palm trees bordered by the beach. But our prayer was answered —  a huge corner lot with 17 magnificent water oak and live oak trees nestled in a secret cove just blocks off a busy boulevard.

Yet there was much to fear that November day when I spotted the land use / zoning sign: The memory of the terrorist attack on our nation on September 11, 2001 still overwhelming our minds, our community had to address an encroaching menace much closer to home: Our rural, residential zoning status was being challenged by big box Wal-Mart, who wanted to build a  Super Center (gasp!) in the woods 200-feet from our homes. This would threaten the woods our children had played in, close to the burial site of our family dog, and near a lake by which we moored our canoe, Killarney Queen.

First, we had to find out what was going on. There were trips to the Planning and Development Department downtown with my good buddy Ann. If we are going to fight Goliath, the behemoth of retailers, our tiny neighborhood of 68 homes had to be educated. When we weighed in as opposition during the first City Hall hearing, dozens of residents responded to the hastily printed green fliers, some out of curiosity, some with animosity, but all with concern for the preservation of the quality of life in our secluded neighborhood. I. along with my neighbors, became familiar with a strange vocabulary:  Land Use Amendment Application, Planned Unit Development, Rezoning Ordinance.

Neighbors opened their doors to strategy-planning meetings, furnishing refreshments and dishing up good-will. Residents from up-the-hill met those from around-the-circle . . . . as we joined hands in consensus. Even our councilwoman joined in, assuring us she would have a decision to develop the rural residential area into commercial uses deferred and deferred and deferred. We hired a City Planner for big bucks to “give us credibility.” On April 11, 2002 we had a showdown with the Walmart bigwigs, their cool, professional presentation countered by our-best-we-could-do foam-core display. Residents packed a school auditorium, wearing shamrock buttons that read “Keep it Green.” My neighbor Richy, recently diagnosed with kidney cancer came to show his support. We all listened to Walmart’s company staff show-and-tell session, which extolled the merits of the store to the community, implying the layout would make their 215,000 square-foot presence virtually unobtrusive. However, when our council-person took the stand, we were in for the biggest let-down of all:  “Really, you’d be better off if you let Walmart develop the land. The company has big bucks and can make loads of concessions to you. Why they’ll even make a big retaining pond with a lovely fountain to enjoy as you drive by. What if an adult entertainment facility buys the land later? Or a huge liquor store?  Then where would you be?” To rub it in, the Walmart people asked for shamrocks, “to show solidarity in pursuing the ‘green’,” they said.  Green? Green like money? 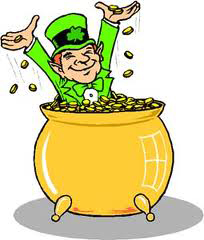 In the end, the journey toward a resolution was a zig-zaggy path of uncertainty fraught with the unexpected. It was truly Mr. Toad’s Wild Ride. But we were bound together to face our common foe. The St. Johns River-keeper became a new friend, a neighborhood advocate from  a nearby community coached us to anticipate possible next “moves” from City Hall and Walmart. The Florida Times-Union ran progress reports, the local TV station featured us on an evening newscast. The process proceeded with fits and starts: rapid action following by long waits. At the final meeting at City Hall, for example, we signed in at 5:30 p.m. and were heard by the formal City Council at 12:45 a.m.  Though the decision for land use was ruled in favor of Wal-Mart, our community gained thirteen concessions, including 4.7 acres of conservation easement to compensate partially for the additional impact on traffic and loss of wetlands.

Of course, there is more concrete and asphalt next to our beloved woodlands, but our community will never be the same. We have learned the importance of team-work to meet an outside challenge, and in the process have become true neighbors.

Yes, Kermit the Frog, is right:

“It’s not that easy being green;

But green’s the color Spring.

When green is all there is to be

It could make you wonder why, but why wonder why?

Wonder, I am green and it’ll do fine, it’s beautiful!

When we moved in years ago, Killarney Shores was very WASP-y, with the origin of many residents reflective of the street names. Now we share care, concern, and meals with Burmese, Bosnian, African-Americans – folks of all colors, a lovely palette of skin tones; white mingles with tan and mahogany. Symphony member – handyman –business owner–retiree live side by side. And if an outside threat strikes again, I have no doubt we will present a united front. 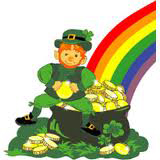 Yes, green is important — very important. And in these times of awareness of our earth’s fragility, it is important to preserve, to recycle, even to restore our resources. But even more important is learning to value the brotherhood that can exist in all neighborhoods, — all citizens of our planet and residents of a close-knit community with families from around the world.

Do you live in a neighborhood where there you have noticed changes recently? in the last few years?  How have these changes affected you?

Tell us your story.

2 thoughts on “It’s Not Easy Being Green”