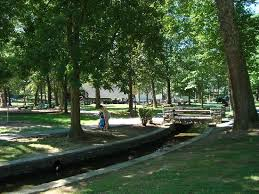 At the reunion, Uncle Clyde walks over to my mother and Aunt Cecilia to say something. We’re nosy and so we move closer to get within earshot. “Ruth, I believe Uncle Monroe’s and Uncle Herman’s bunch think you’re serving wine and won’t come over to the table.”

“Oh, for goodness sakes: I don’t believe it. Don’t they know us better than that!” Mom exclaims to Uncle Clyde.

“Shall I tell them what’s in the punch? Maybe then they’ll get in line,” Clyde suggests.

Uncle Clyde walks over to the other two tables, and I see a lot of heads nodding and bobbing up and down. In a minute or so, Uncle Monroe and Uncle Herman’s families lead the way to the party table, and the others follow meekly behind like sheep behind a shepherd.

“Why in the world would they think we’d put wine in the punch? Why, that would be a sin,” I think. “And why wouldn’t they make sure what it was before they decided they couldn’t drink it?” I reason. Acting like that doesn’t make any sense to me. Why, the way they were behaving might even make my Grandma Metzler feel bad too. 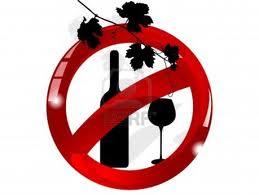 Cousin Janet and I feast on angel food cake, more peanuts and bubbly gold punch. We act goofy and pretend we’re getting tipsy. Mom comes over to shush us up. “Quit acting so dumb; what do you think the others will think!”

“Why does it matter so much what other people think?” I wonder. Isn’t it all right to do what we want to do now? We’re just kids, not stuffy old people.

Do you believe the what-will-people-think mind-set is a thing of the past? Or does it persist? What about your family?