March 1986:  Mom and Dad Longenecker visit the families of my sister Janice and me in Jacksonville, Florida. We all enjoy Epcot in Disney World, Dad’s chance to see a faux version of the Switzerland he never actually visited but planned to some day. My super-charged Dad seems more mellow now, slower, even takes naps. “Hey, Dad, I see you’re getting a pooch here,” says son-in-law Cliff, commenting on my dad’s weight gain as he playfully pinches his waistline.

April 1986:  We get a call from Pennsylvania, “Dad has been diagnosed with lymphoma. Blood cell tumors have developed in the lymphatic system. Stage 4 . . . it’s too advanced to operate . . . they can try chemotherapy, maybe radiation after that  . . . .” Like an earthquake, the news sends shock-waves through our family. Why, we just saw him a month ago.

May 1986:  My father is now dying of lymphoma. I leave my husband and children and fly up to Pennsylvania, alone, to see him alive for the very last time. He looks nothing like my image of him in March. His skin, scorched red-brown from chemotherapy, reminds me of a starving Indian. He is wasting away. “I don’t want to live like this,” he says, calling a halt to the treatment. Too weak to climb to the upstairs bedroom, he reclines now almost motionless on the pull-out bed in the living room, a solitary pillow under his head. On May 17 his 71st birthday comes and goes.

My flight south leaves a few days later. This is probably the last time I will see my father in this life. I approach him to say goodbye, and I add: “I love you, Daddy.”

June 18, 1986  Daddy breathes his last, less than three months after his cancer diagnosis. We get the dreaded call and make plans to drive north for the funeral. My mind flits around in reminiscence.  And then leaps forward with prediction: Now Dad won’t be attending the ceremony where I receive my Master’s degree in December. He won’t stand up to be photographed at any of his grand-children’s weddings or get to play with his great-grandchildren any more. At age 71, he has reached his heavenly home.

Had he lived, he would have turned 100 years old this year, like Aunt Cecilia. 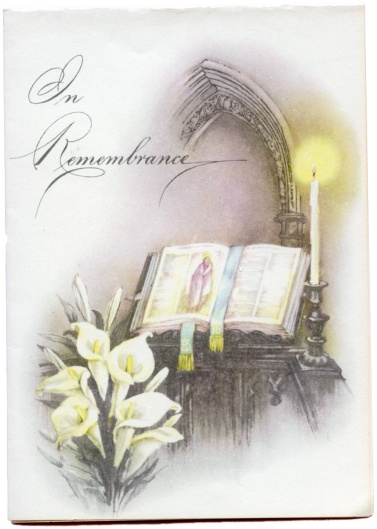 On this Father’s Day nearly 30 years later, I pause to give thanks for the gifts my father has given me:

1. Love of nature  He went on walks in the wide meadows and sun-dappled woods close to Rheems, PA on Sunday afternoons. Sometimes I went with him.

2. Love for music   He played a banjo, guitar, and piano with gusto and bought me a violin. Music has formed the sound-scape of my mind since then.

3. Intellectual curiosity  He perused US News and World Report and The Wall Street Journal, listened to Edward R. Murrow, Paul Harvey, and Lowell Thomas, engaged in conversation about world events.

Exodus 20:12  Honour thy father and thy mother: that thy days may be long upon the land which the LORD thy God giveth thee.  (King James Version)

My father’s deep faith in God included honoring his own parents.

Thank you for your thoughts on Father’s Day 2015. You always make the conversation richer!