Last Week Joe Schrock of TIP TOP Window Cleaning announced his arrival by knocking lightly on my door. I spotted his truck on my driveway.

I had contacted Joe about cleaning the windows at our new house. They were dirty when we moved in and got even worse when wind-whipped rain lashed the panes during October’s hurricane Matthew.

The name Schrock sounded Mennonite to me, or at least Pennsylvania Dutch.

When I inquired, Joe told me,

“Yeah, my Amish ancestors came to Lancaster County, Pennsylvania in the 1730s. Then they moved to Ohio. My dad’s from Sugarcreek, and my mom from Kent. You’ve heard of Kent State, haven’t you?”

Of course I had.

“I guess you know about the Amish newspaper, The Budget.” Oh, my goodness! I had never heard of it. Noticing my startled expression, “Yes,” he said, “it comes out of Sugarcreeck, Ohio.”

“I bet I can find it on the Internet.” I walked over to my laptop resting on the kitchen island.

There it was: Home page of The Budget newspaper with a close-up view of a goat with a big-eared welcome.

The newspaper also had a Facebook page. I quickly found the About page which read: Serving the Sugarcreek area and Amish and Mennonite Communities throughout the Americas since 1890. (The pages reminded me that many plain folks have settled in South America, particularly in Paraguay and Bolivia.)

There was a pause. “Golly, I had no idea the Amish did computer stuff!” he smiled.

Later he told me, “I was born in Miami but have lived in Jacksonville, Florida, for a long time. I started my window washing business in 1982.

Though two friends had recommended him highly, my first-hand experience as a former Mennonite confirmed some expectations I had of him, some sterling qualities that many plain people possess:

1. Right Equipment He came with all the right tools, chemicals, buckets, and squeegees. I detected a faint whiff of tobacco.

2. Fair price His price appeals to the budget conscious. He was at my house for six hours and presented me with a bill that looked like it came from the 1960s. I gave him a nice tip.

3. Cleanliness As soon as he walked into my house, he put on blue booties and never tracked in any dirt.

4. Thoroughness He went far beyond what was expected. I gave him the green light when he suggested that he could scrape off an old security company sticker. “It’ll come off just like that,” he predicted. Of course it did! 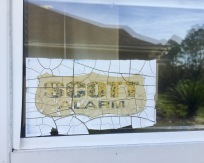 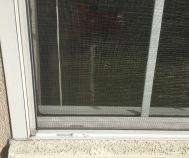 5. Pleasant He didn’t whistle while he worked, but I believe he could have.

6. Strong work ethic He kept at it until he was done. He didn’t take any breaks although I would not have minded if he had.

That evening, I remembered a book on my nightstand, Wisdom of the Plain Folk: Songs and Prayers from the Amish and Mennonites, compiled by Donna Leahy, photography by Robert Leahy

I know some sloppy Mennonites; maybe you do too. A few may be lazy, but probably not many. And you certainly don’t have to be Mennonite or Amish to uphold integrity in the workplace. Or appreciate fine workmanship. 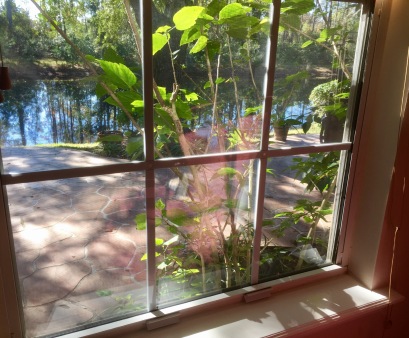 Even so, I’m glad my first-ever encounter with a window washer (Yes, I’m frugal!) gave me clearer vision: clean windows and a re-visitation of the values of my own ancestry.

As the new year begins, I need some sparkle in my life. Clean windows did it for me.

How about you? Are you anticipating anything sparkly in your new year?

43 thoughts on “Clear Vision: 6 Tips from a Window Washer”