Remember the Beverly Hillbillies? The Clampetts strike oil in the Ozarks and move to Beverly Hills in a rags-to-riches sitcom of the 1960s.

Of an entirely different era and social class, diarist Louisa Catherine Adams, wife of the 6th American President, John Quincy Adams, writes about multiple moves – both in European nations where John Quincy was diplomat and in the United States serving variously as senator, secretary of state, president, and finally congressman again. 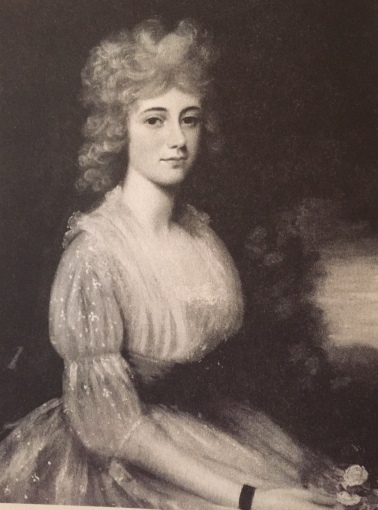 Woman on the Move

After the birth of her third child, “as soon as she could rise from her bed, she lifted the lids of her empty trunks and opened her packing cases to prepare to leave for Washington. She was ‘a wanderer’ again.” (140)

In her boldest move, Louisa traversed the passage from St. Petersburg to Paris while Napoleon rampaged through Europe. She traveled 2000 miles in 40 days, a journey almost unheard of for a woman alone.

In 1815, while John Quincy was gone to Paris, Louisa in St. Petersburg had to “sell the furniture, dispose of the house, and buy a carriage that could carry her across the continent” to Paris. She needed supplies: food, drink, clothing, maps, tools and enough medicines for a small apothecary. She had read the map herself, not having heard from her husband, and unflinchingly set her course.

Her largest expense was the carriage, “a berline, a large vehicle with four seats and glass windows, all balanced on an elaborate suspension of springs intended to smooth the rough ride.” Leaving St. Petersburg, the carriage was outfitted with sleigh runners. Wheels were packed when she met melting roads traveling west and south. (206)

She sewed gold and silver into her skirts to hide her wealth from robbers and from her male servants. (206)

During the sojourn, though her two male servants were armed, she put on her son’s military cap and held his toy sword so that what she hoped was a menacing silhouette would show through the carriage window. (221)

True to her declaration when she married Adams, “When my husband married me, he made a great mistake if he thought I only intended to play an echo.” (8)

Her Most Moving Adventure

Louisa, often sickly and afflicted with self-doubt, recorded her grief in “Diaries of a Nobody.” After all, she was often geographically separated from her husband during his ascendance to power, she suffered multiple miscarriages, all of her children except Charles preceded her in death, and she struggled with erysipelas, a skin inflammation.

But her vividly told “Narrative of a Journey from Russia to France” enabled her to tunnel “her way out of depression with the sharp spade of her sardonic humor . . . .“ (396)

She wrote about Baptiste, innkeepers, haggard soldiers she has passed on the road, frightened faces of the women she met, cries of Vive Napoleón! She remembers the practical difficulties she had overcome: the moment the carriage wheel had come loose, the problem of procuring servants, the dangerous decision to ford a half-frozen river. She wrote about her growing confidence, which rippled out of her descriptions and into her voice. (411)

“Her story was her own. No other woman in America had experienced anything like it. But she made its lessons universal. It was a story about women and what women could achieve . . . . She wrote: ‘Under all circumstances, we must never desert ourselves.’” (411)

At 62, in an era when a woman’s life span was about 40, she was blossoming. Like the Grimké sisters of Charleston, with whom she corresponded, she championed women’s rights and the freeing of slaves.

The Lesson of a Cracked Washbasin

John Quincy and Louisa Adams observed their 50th wedding anniversary, a milestone almost unheard of in the mid-1800s. Before she died, Louisa presented her daughter-in-law Abby Adams with a cracked washbasin, symbolic of the naked faces bent toward it sometimes joyful and other times full of inconsolable pain, mirroring life itself. (444)

Writer and editor Louisa Thomas has written a stunning account of a memorable woman entitled Louisa: The Extraordinary Life of Mrs. Adams, 2016.

Thomas’ biography sings with color as she describes an incandescent sun on their approach to St. Petersburg, which edged “the statues with fire and [made] creamy walls blush.” (90)

You can read my full review here.

Your turn: Can you recall any other historical characters with moving stories?

One of your own to tell here? Go right ahead.